The Afghan interpreter who helped retrieve then-Senator Joe Biden from the mountains of Afghanistan in 2008 has been left behind after the US withdrew from Kabul, and is reportedly now begging the White House to be rescued. Read Full Article at RT.com 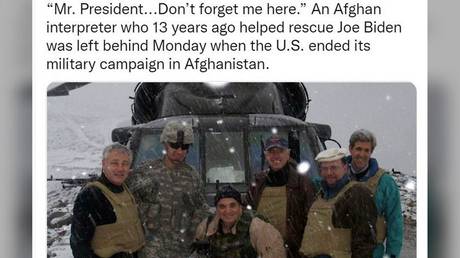 The Afghan interpreter who helped retrieve then-Senator Joe Biden from the mountains of Afghanistan in 2008 has been left behind after the US withdrew from Kabul, and is reportedly now begging the White House to be rescued.

“Hello Mr. President: Save me and my family,” the Wall Street Journal quoted the man, whose name was given only as Mohammed, in an exclusive report on Tuesday. “Don’t forget me here.”

Now 36, Mohammed was the interpreter for the 82nd Airborne force that was deployed from Bagram Air Field to rescue Biden and his colleagues John Kerry (D-Massachusetts) and Chuck Hagel (R-Nebraska) in February 2008, when their helicopter made an emergency landing in Afghanistan during a bad snowstorm.

Yesterday, Joe left him behind.

He had applied for a Special Immigrant Visa (SIV), the program to evacuate interpreters who helped the US over the course of the 20-year conflict, but got stuck when the contractor he worked for lost the relevant records, the WSJ reported.

“His selfless service to our military men and women is just the kind of service I wish more Americans displayed,” Lieutenant Colonel Andrew Till had written in support of his application. “If you can only help one Afghan, choose [him],” wrote Shawn O’Brien, an Army veteran who had worked with Mohammed in 2008.

None of that seemed to help when Mohammed made his way to the Hamid Karzai International Airport in mid-August, only to be told by US troops there that he could get in – but his wife and children could not, according to the Journal.

“I can’t leave my house,” he told the paper on Tuesday, after the last US military planes had departed Kabul. “I’m very scared.”

Asked about Mohammed’s plight later in the day, White House press secretary Jen Psaki said the administration's message to him was, “thank you for the role you played in helping a number of my favorite people."

“We will get you out” in the “diplomatic phase,” Psaki added, saying that the administration's "commitment is enduring."

.@WSJ's @TParti asks Psaki about the paper's reporting that an translator who saved Biden, Chuck Hagel, & John Kerry and is trapped in Afghanistan.

Psaki says "thank you for the role you played in helping a number of my favorite people" and the U.S. will keep trying to help. pic.twitter.com/RBkC93wyhu

“Those who helped us are not going to be left behind,” President Biden had pledged on June 24. That was before the US-backed Afghan government completely collapsed and the Taliban took over Kabul, leaving the US troops surrounded at the airport.

The White House has boasted about evacuating 122,000 people during the 2-week airlift. Of that number, less than 6,000 were US citizens and the vast majority were Afghans looking to escape the Taliban. A number of Americans were left behind – the Biden administration would not say exactly how many – and apparently so did some Afghans who were promised rescue as well.

Biden has often referred to the 2008 incident to claim expertise in war on terrorism. The helicopter that carried the Senate delegation landed in a valley about 20 miles southeast of Bagram, in an area that wasn’t Taliban-controlled at the time, but was uncomfortably close to an area where heavy fighting had taken place. The three rescued senators later went on to serve in the Obama administration – Kerry as secretary of state, Hagel as the secretary of defense, and Biden as vice president.

The Biden administration decided to abandon Bagram early in the withdrawal process, acting on State Department and Pentagon advice that staging out of Kabul – a civilian airport in the middle of a densely populated urban area – was more convenient.

COVID concerns cause the Blenders to cancel their annual...

No future for women like me, says exiled Afghan soccer...

CIVIL RIGHTS arm of US Department of Education launches...

Vikings fumble away opener, lose to Bengals 27-24 in OT 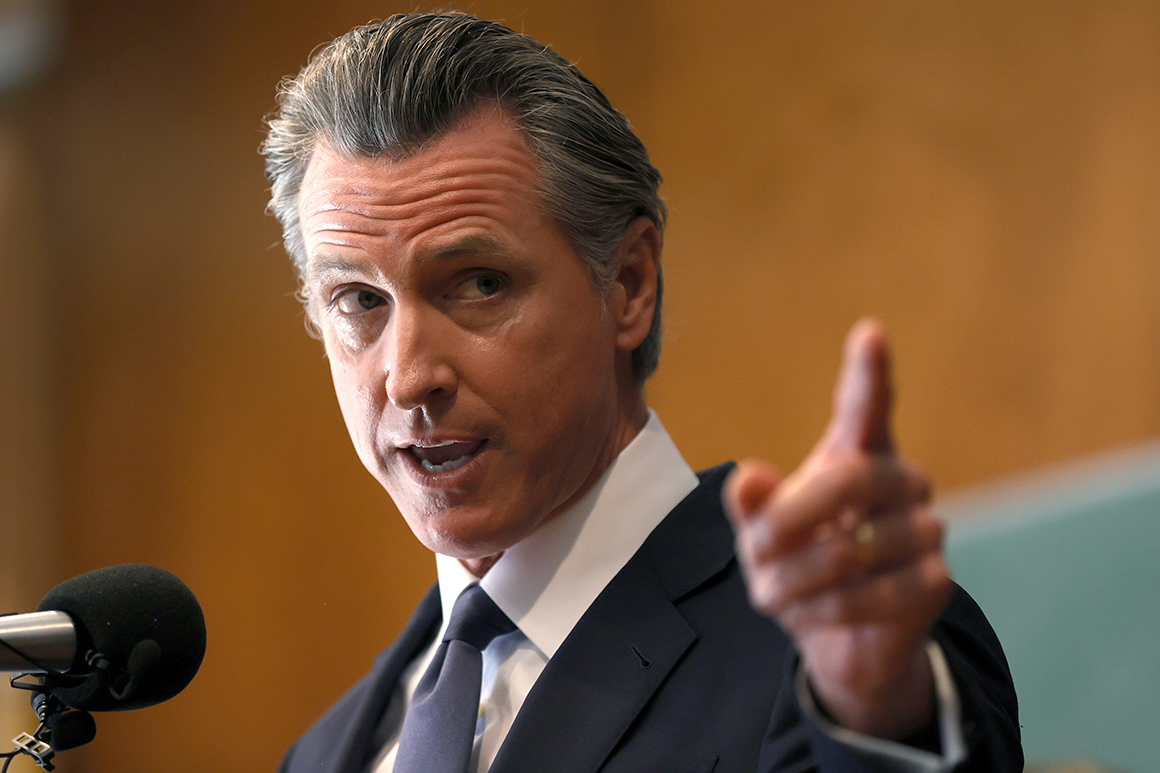 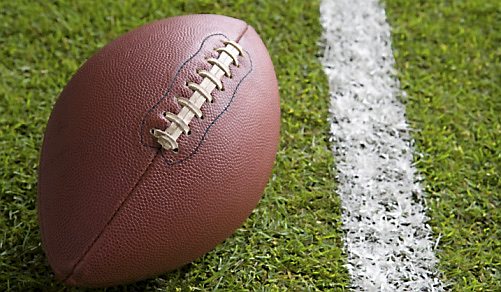 Rosemount receiver Cedric Wall caught two receptions of over 65 yards to make for... 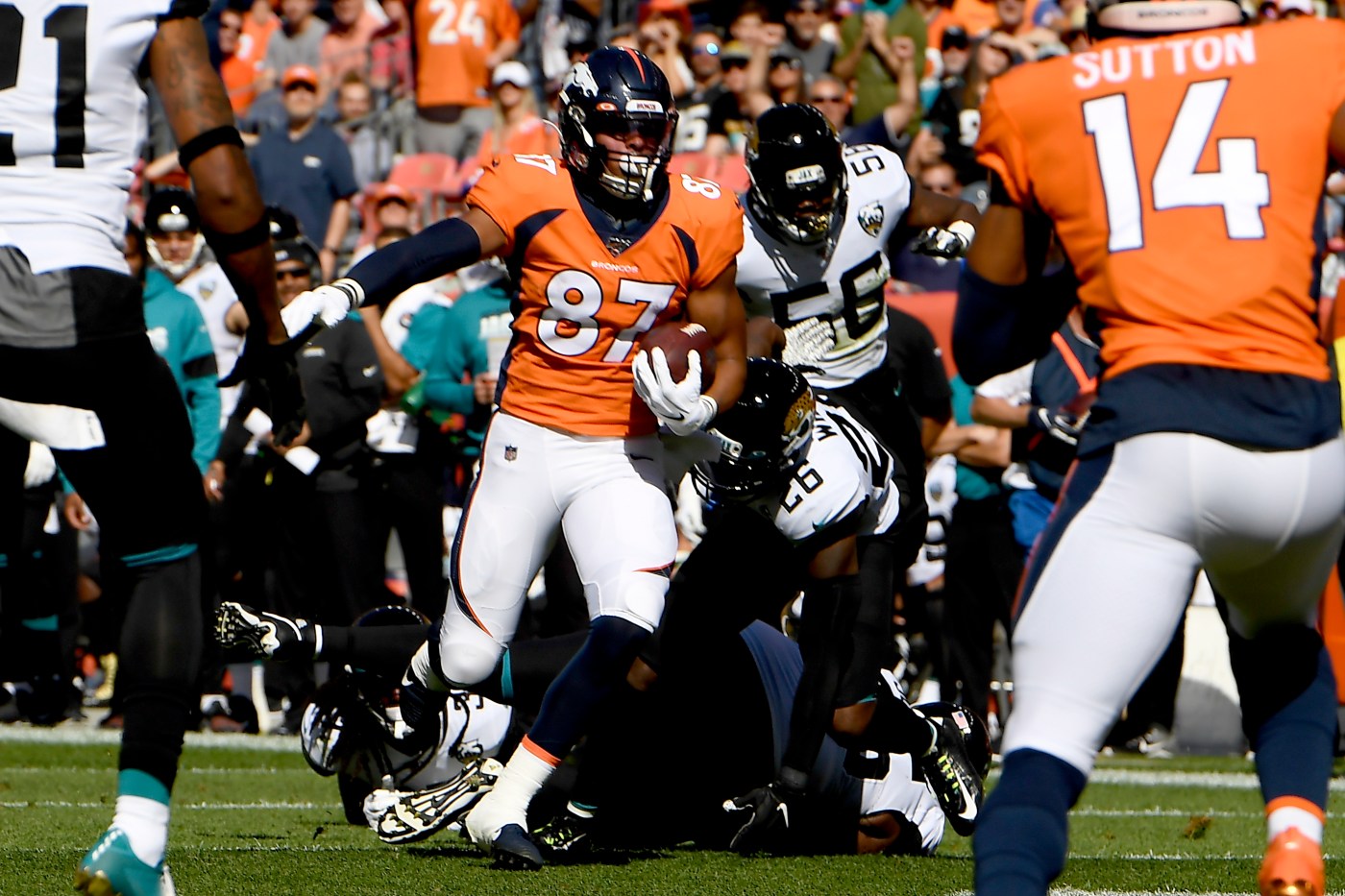 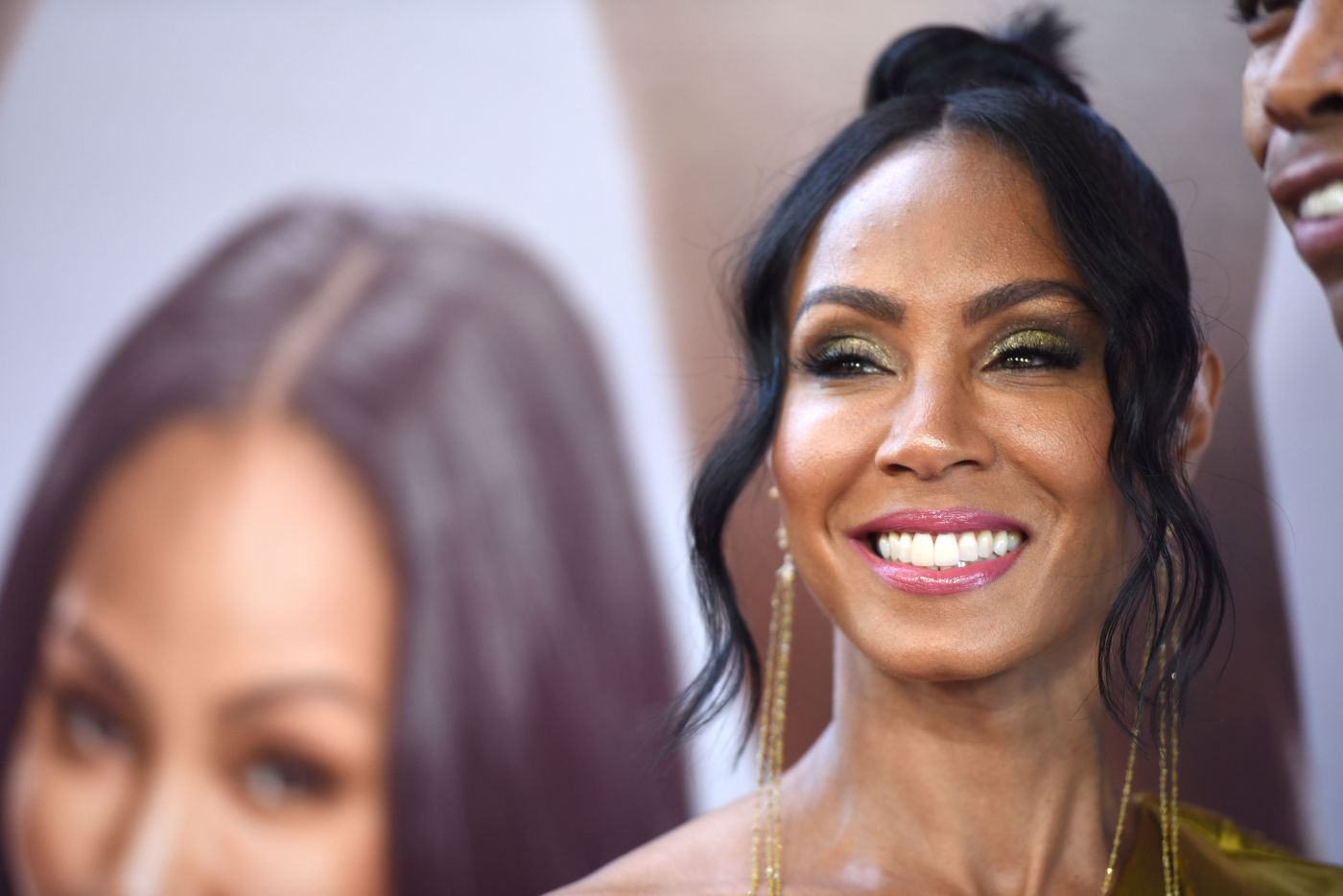 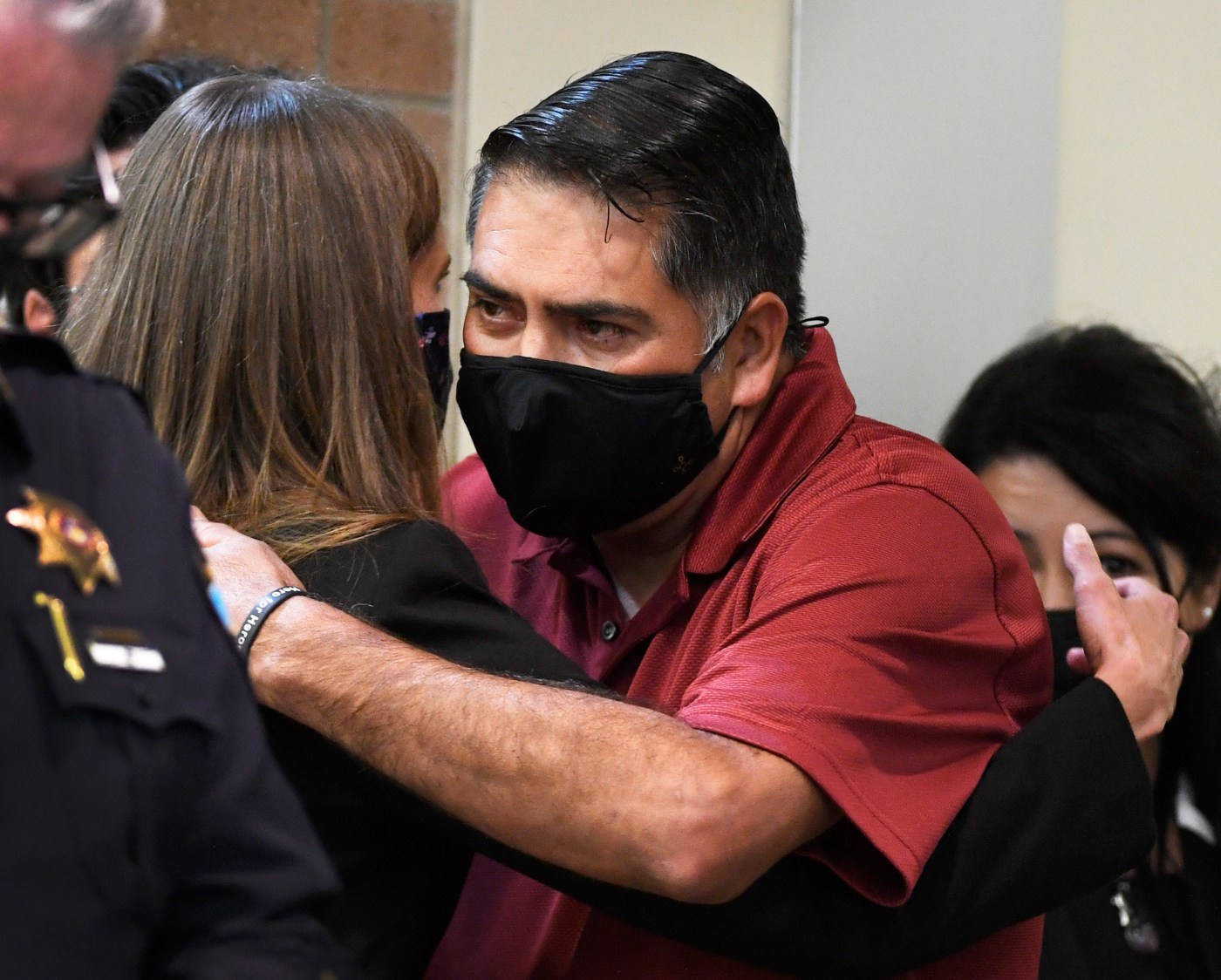